Benno Adam was a nineteenth century German painter who seemingly had a great affection for dogs. He painted them lovingly, both in small groups and as participants in larger scenes of farm or hunting life. Of course during the nineteenth century all of Europe was proceeding rapidly along the path of the industrial revolution. But Adam recorded the many rural situations that continued to exist and the central role that agriculture still played in most economies. 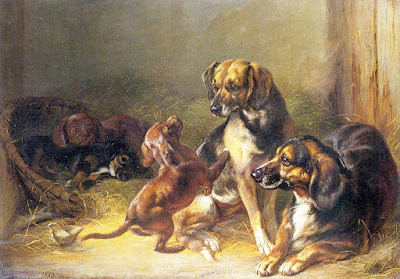 This painting of 'Dogs and Whelps' (1853) appears to feature farm dogs of uncertain heritage. This impression is strengthened by the fact that in other Adam paintings the breed is clearly identified. The title of this work is presumably a translation of the original German. Whelp, meaning puppy, is pretty much relegated to archaic status today. When a female dog is whelping, she is giving birth to puppies. 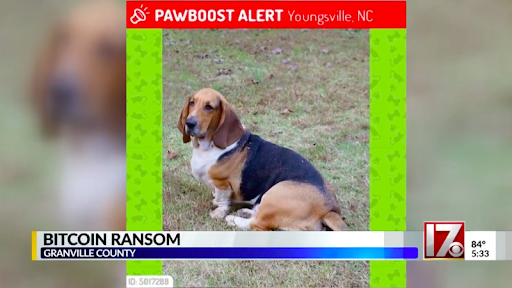