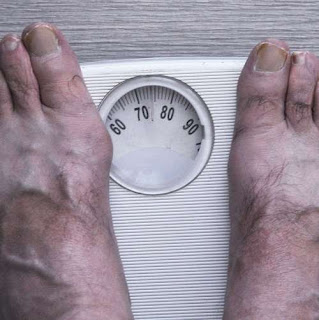 "Hey, how come my weight keeps creeping up? I'm not eating any more or exercising any less. But slowly, year by year, the pounds keep adding up." This was me about a year ago.

Up until then I had been able to control weight gain by just eating less. So instead of two slices of toast and jam for breakfast, I cut back to one. Instead of a ham and cheese sandwich at lunch, I cut back to a bowl of soup. Instead of a donut for coffee break, I learned to be satisfied with a few slices of fresh apple or a couple of handfuls of mixed nuts.

This kind of cutting back was never too hard for me. I am usually fairly resistant to hunger pangs and my appetite quickly adjusts to the meal sizes I choose. And for more than 10 years now I have faithfully climbed on my stationary exercise bike for about 30 minutes a day, 5 days a week.

Yet still the weight kept creeping up. Nothing really massive, but still my weight increased by almost 10% over a period of three years. Yikes! What to do? Cutting back on food is fine, but it's a process that can only go so far. We all have to eat something or our health suffers in other ways.

Rather than finding a solution, the solution finally found me. Quite for other reasons, my wife and I took in a little rescue dog as foster parents. Skeezy as we call him, came to live with us and we took on responsibility for some of his health concerns. Strangely, after only a few weeks with this little boarder, both my wife and I began to experience weight loss.

At first we thought it was accidental. Or perhaps our electronic bathroom scale was malfunctioning. My wife began to wonder if she had contracted some wasting disease, since she had been packing on the pounds steadily for 10 years or more.

Now gaining weight with age is a well known phenomenon. An article by Christopher Ingraham in the Washington post stated that, "Epidemiologists have observed that the average person typically puts on 1 to 2 pounds a year from early adulthood through middle age." Many reasons for this seemingly inevitable ballooning have been advanced: reduction of muscle mass, obesogenic environments, changing lifestyles, the size of restaurant meals, driving instead of walking, high sugar beverages… the list goes on.

And we all know by now the many negative health implications associated with being overweight.

But why would anyone, with no changes in the food eaten, start to lose weight all of a sudden? My wife was concerned and asked her doctor. The conversation went something like this. "So you have a new dog? How much do you walk him?" My wife said that her part of the dog walking responsibility took her out for 10, 15 or 20 minutes, three times a day. "Think about it," her doctor responded. "You are now walking 45 minutes a day more than you were a couple of months ago. That's all it takes."

I guess that's all it took for me. In 7 weeks after Skeezy's arrival I lost 8 pounds. And it has stayed off. Not only that but I've had to cautiously start increasing my food intake again, just to stay at a steady weight.

When I think about it, it's not just the 45 minutes a day additional walking. We live in a 3-storey home, so we have lots of stairs. And having the dog just seems to require going up and down those stairs at least twice as often as usual. Bring the dog's toys upstairs. Be sure to bar the entrance to the basement before you let him down stairs. Bring the dog's toys downstairs. Go upstairs to fetch the leash before going out for a walk.

He's a little dog too. So lots of times, when it's more convenient, we just pick him up and carry him. You try picking up an 11 pound weight and carrying it around the house several times a day. That's got to be burning a few calories as well.

I had to laugh when I read a recent story about a research study that said owning a big dog was good for your health. Owners of big dogs, the study said, were more likely to take their dogs for a walk. That is, my own experience suggests, unless the dog owner has a high level of motivation to provide walks for the health of their small dog. Even if statistics suggest a disappointing destiny for small dog owners, I can attest that the power of human intention will overcome destiny every time. 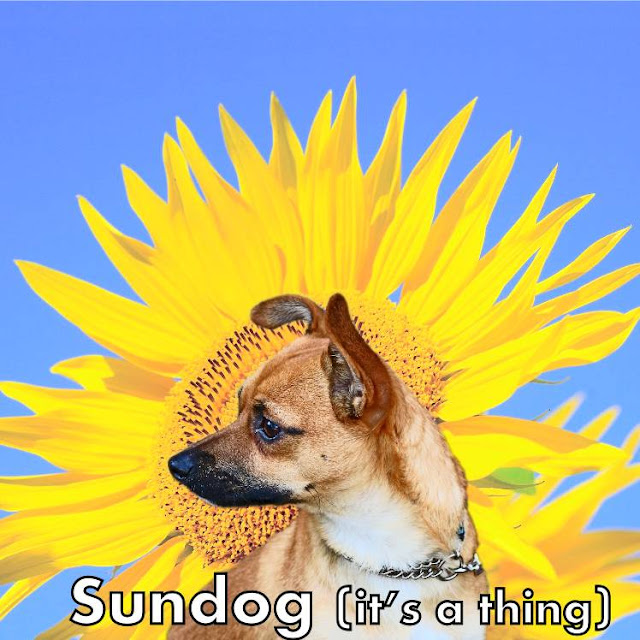